Planning Update – Conversion of Agricultural Buildings to Residential Use

Planning Update – Conversion of Agricultural Buildings to Residential Use 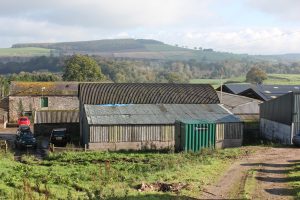 The Ministry for Housing, Communities and Local Government has announced that new regulations – The Town and Country Planning General Permitted Development (England) (Amendment) Oder 2018 will come into force on the 6th April 2018. These new regulations will lead to significant changes to the permitted development rights under Part 3 “Class Q” that relate to the conversion of agricultural buildings to residential use.

The current legislation, subject to a number of caveats, has allowed for the conversion of up to 450 square metres of agricultural building floor-space to a maximum of three dwellings. The new regulations will make it possible to convert agricultural floor-space to create either:

• three “larger” homes with a combined maximum floor-space of 465 square metres;
• up to five smaller homes (each less than 100 square metres); or
• a mix of both, with a total of no more than five homes, of which no more than three may be larger homes.

This announcement followed changes in February this year to the Government’s Planning Practice Guidance in respect of Class Q confirming, amongst other things, that any interior works (such as introducing a new floor) do not constitute development. The revised guidance stresses that the test of whether a proposal can be considered acceptable is if it can reasonably be described as a “conversion” compared to a “rebuild”.

If you would like further advice on the conversion of an agricultural building to a residential use and the relevant procedure under Class Q, please contact Angus Hutchinson tel. 01228 595600 e-mail angushutchinson@hydeharrington.co.uk